Read the article here or text below

Young Ireland Sydney was founded in 1969 and ever since then it has provided a home away from home for Irish people in Sydney and New South Wales. We currently stand as the oldest and most successful club in New South Wales, winning the most titles in the history of NSW GAA.

In 1989 Young Ireland became the first GAA club in the world to wear a sponsor’s name on its jersey. Mike Hughes Finance still sponsors the club and the company logo on our gold jerseys has been there ever since. 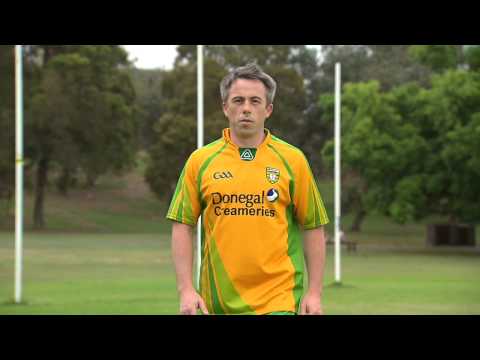 The GAA has being playing a huge role in the promotion and preservation of Irish identity and culture for the Irish overseas since day one, which is very evident within Young Ireland Sydney today – boasting players from all four provinces and native Irish speakers from all over the country, showing the tradition and pride that we at Young Ireland take in our heritage and the importance of GAA amongst our community in Sydney.

I got involved with the club socially through two friends who were already playing for Young Ireland’s, and have since become a public relations officer alongside Tommy Courtney, a busy but very enjoyable role.

The social side of club is so strong and welcoming – connecting and involving people so far away from home. Tommy’s father Bobby Courtney was a founder of the club in 1969, so when Tommy moved back out to Australia as an adult from Co Down, it was a no-brainer for him in terms of choosing a club to play for.

We very recently held a “Celtic 7’s Tag Rugby blitz” in collaboration with Sydney Irish RFC – a first for an event of this kind – bringing both GAA and rugby codes together for a social sporting event. We didn’t see the need for both sports to be so segregated – why shouldn’t we all come together on the pitch and socially – especially when we are all in the same boat being here on foreign soil. On the day we registered 250 players from both codes and the event was a huge success.

The club has always had a steady count of members and players, but we have noticed a considerable increase in recent years. We know it is hard for any county at home to face losing any of their players and we by no means want to try and poach them from their rightful homes, but if they were to come to Sydney we would provide them with a safe home away from home and a strong sense of community, be it for 6 months or 6 years until they are ready to go home.

Tommy and I recently put together a short video about the club, which Channel 9 in Sydney filmed for us. We have just launched it to YouTube and it gained an overwhelming response within the first 12 hours alone. The Irish in Australia often attract negative coverage in the media, but our video shows one of the more positive sides of Irish immigrant life in Australia.

Young Ireland GFC is one of the oldest and most successful clubs in Australia. Winning championships from 1969 and continuing to do so to this very day. It has a proud place in the hearts of all Irish emigrants based in Sydney and has provided a home away from home for people from the very day it was formed.

Want to join us? Interested in joining the most up and coming club in Sydney? Young Irelands has Mens and Ladies Gaelic Football teams and is always welcoming to new players.   Join us today and come on board!

The start of another week. A time where the world is in a very strange and uncertain time.

Here at Young Ireland’s, we know we have many nurses and front line staff within our club. We would like to take the opportunity to thank each and everyone of you for continuing your hard work in these hard and challenging times. 💚💛

❗️In order to stay together we must spend time apart. ❗️

We are living in a time where it is crucial that we listen to the advice from the experts and adhere to social distancing.

This can help to stop the spread of the virus and in turn help our team mates that are on the front line. 🛑❗️

This will be a lonely time for some, feelings of isolation and missing home. Feelings of uncertainty and anxiety.

As a club we would like to support everyone during this time. Please do not be afraid to reach out.

Our friends over at Irish Support Agency NSW Inc. offer excellent practical advice if you are unsure of what to do next. ☘️🇮🇪
You can call them on : 1800186966

Our club is always here to lend a listening ear and support you.

Irish Support Agency NSW Inc.Travel Advice
For the Irish in Australia who are not Permanent Residents/Citizens, the advice, as of this morning, is that the flight options for returning to Ireland are disappearing rapidly. While everyone’s circumstances are different, anyone who considers themselves at risk of financial instability as a result of the COVID 19 (Corona Virus) related employment downturn and is not confident of supporting themselves, should be looking to get home as soon as possible or run the risk of getting ‘locked in’. Please note there are very limited supports available for non-nationals here in Australia. All returning Irish Nationals will be asked to self isolate for 14 days.
Anybody in need of support during what is clearly an anxious time please contact us by phone on 1800186966. We are available from 9am to 5pm Monday to Friday. The on call service for emergencies is operational between 8am and 8pm daily. We ask that all Irish Community groups share this amongst their membership as it is clear from the dialogue on certain channels that the message is not getting through. Please share with anyone you feel may be impacted. ... See MoreSee Less

In these challenging times, in order to pull together we must stay apart where possible.

Happy St Patricks days to all our club members, family and friends around the world ☘️💚🇮🇪

Training has been cancelled this week given the current guidelines in managing the outbreak of COVID-19.

We will provide an update later in the week with regards to next week.

Please come out and support the St. Patrick’s Day celebrations in the rocks this weekend. 💚

There is no charge , but guaranteed craic ages ceol 🎵🕺💃🏻 ☘️ ... See MoreSee Less

The Sydney St Patrick's Day Parade & Festival is a free event for all ages held annually on the third Sunday in March.
In 2020, crowds will flock to The Rocks on Sunday March 15th as we celebrate in First Fleet Park overlooking the Sydney Opera House.
View on Facebook
·Share

Young Ireland GFC is one of the oldest and most successful clubs in Australia. Winning championships from 1969 and continuing to do so to this very day. It has a proud place in the hearts of all Irish emigrants based in Sydney and has provided a home away from home for people from the very day it was formed. Want to join us? Interested in joining the most up and coming club in Sydney? Young Irelands has Mens and Ladies Gaelic Football teams and is always welcoming to new players.   Join us today and come on board!